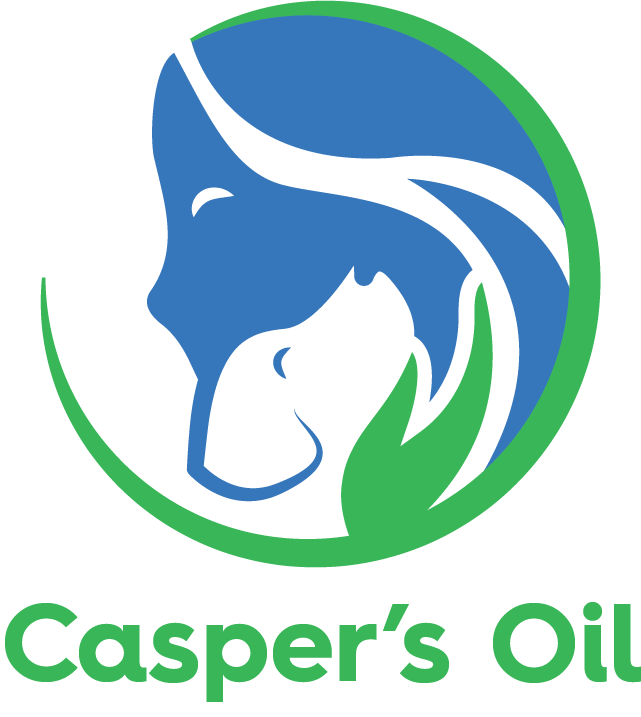 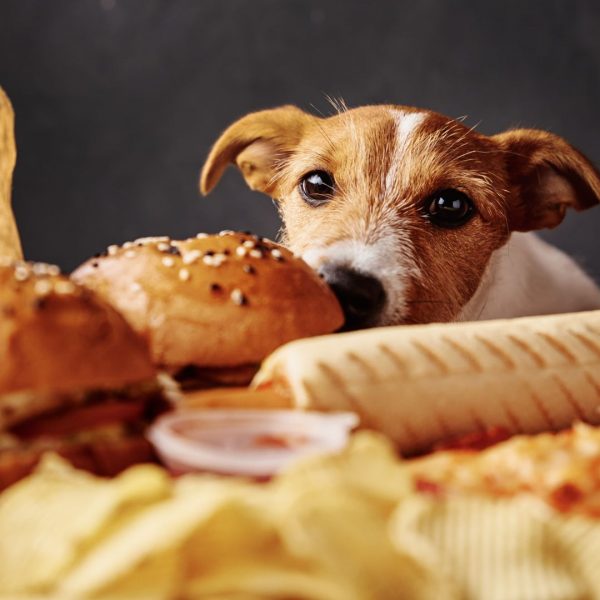 Some foods that are safe for humans are toxic to dogs, but that’s not all foods.

Some of the most common human foods we eat are toxic to dogs. So you must be careful about what you give them and leave around the house.

As the dog owner, you are responsible for ensuring your dog has a healthy balanced diet and ensuring they do not eat harmful human food.

It can be tough to keep track of which foods are harmful, and pet poisoning is a real threat. In the United States, every year, there is 232,000 pet. However, not all of these are food-related, and many household items can be poisonous and have toxic substances.

Alcohol is found in many products, including alcoholic beverages, perfumes, mouthwash, paint, varnish, and various cleaning products. Because dogs are smaller animals than humans, alcohol can have a deadlier effect if consumed by them.

Even small amounts of alcohol can lead to heart problems, dangerously low blood pressure, or even more.

The fleshy parts of an apple are safe for dogs; however, the core and the apple seeds are not. Although apple seeds contain cyanide, they are likely fine in small amounts; it is best to avoid them altogether.

These are not the only fruits your dog should not eat. Apricots, cherries, and plums, along with their seeds/pits, should also be avoided. These also contain cyanide which may cause vomiting, irregular or fast heartbeat, seizures, coma, and even death.

Avocados are safe for humans but dangerous for dogs. They contain a compound called persin, which is perfectly safe for human consumption but can be very toxic to dogs.

Persin is found in avocados’ fruit, pits, leaves, and bark.

If a dog eats avocados, fluid may accumulate in the lungs and chest of your dog. Making it difficult for them to breathe, which may lead to Hypoxia (oxygen deprivation) and even death.

The fluid may also accumulate in the heart, abdomen, and pancreas, leading to other fatal complications.

A dog may accidentally swallow an avocado pit, leading to choking or a digestive tract blockage.

Broccoli contains isothiocyanates which may be very harmful to dogs in large doses.

Small amounts of broccoli can be okay occasionally, but removing it from your dog’s diet is best.

Broccoli stalks can also get stuck in a dog’s throat, causing an obstruction.

Caffeine is found in coffee, tea, cocoa, energy drinks, and even guarana (a South American plant).

It may also be found in soft drinks and medications.

Caffeine stimulates the nervous system and speeds up the heart rate.

Drinking caffeine-based products can lead to an abnormal heart rhythm or lung failure in dogs, leading to death. Therefore, any caffeine-related drinks and coffee should be kept away from dogs.

Chicken & Turkey Skin, Ham, and Other Fatty Cuts of Meat

You are better off throwing away ham, fatty meats, and chicken or turkey skins rather than giving them to your dog as a snack.

These food items have a high-fat content, which can cause acute pancreatitis, a life-threatening illness with severe complications.

Also, avoid turkey bones; dogs can develop severe indigestion or vomiting after eating turkey bones. In addition, the bones may splinter, causing damage to the stomach or intestines, or can obstruct the bowels. This may sometimes puncture the stomach, which might lead to fatal abdominal infections.

Dogs and cats cannot metabolize chocolate as well as humans can.

Symptoms of chocolate poisoning include vomiting, diarrhea, hyperactivity, abnormal heart rhythm, pancreatitis, and seizures. No matter how small the amount of chocolate your dog digests, you must call the vet immediately.

These fruits can cause kidney failure in your dog. A couple of bites can cause a big problem in some dogs.

Symptoms of grape poisoning include diarrhea, vomiting, loss of appetite, changes in the amount of urine passed, or not passing any urine.

Macadamia nuts may cause dogs to suffer from numerous painful symptoms, such as overheating, vomiting, and weakness as few as six nuts can cause poisoning.

Macadamia nuts are the most dangerous, but other nuts can be a choking hazard or problematic if flavored or spiced.

Some dogs can drink milk, have dairy products, and be unaffected; other dogs that are lactose intolerant or allergic may experience gas and diarrhea if they have cow’s milk.

Ice cream is also harmful to dogs because of the lactose, the high sugars, and the high fats. Feed them frozen fruits as tasty treats instead.

Cheese is okay in small amounts but sticks to lower-fat cheese.

It is best to avoid feeding or letting your dog eat unknown mushrooms.

Mushrooms can contain a variety of toxins that might cause kidney failure, liver failure, diarrhea, vomiting, damage to the dog’s red blood cells, and can cause hallucinations. Store-bought mushrooms like white, button or portabellas may be okay for your dog, but giving them a different snack is best.

Do not feed dogs anything with nutmeg. This spice can cause severe vomiting and hallucinations.

There is a compound in nutmeg called myristicin. Its effects are most potent when eaten in high doses or consumed by a smaller dog; if your dog has consumed any amount of nutmeg, phone your vet immediately!

Cinnamon should be avoided at all costs because it may irritate your dog’s mouth and sometimes lead to hypoglycemia (low blood sugar), which may have serious health effects on the pup.

Both onions and garlic contain sulfoxides and disulfides, which may damage red blood cells and cause anemia in cats and dogs. Onion and garlic powders can be found in many prepared foods.

All Allium plants may cause fatal anemia in dogs and cats, including leeks and chives.

Consuming large amounts of salt or sodium could lead to a condition known as hypernatremia, also known as salt poisoning or water derivation in dogs.

The effects could cause neurological disorders, cerebral edema, diarrhea, depression, vomiting, fever, tremors, and seizures. It might even be fatal in some cases.

Do not give your dog any salty foods, such as popcorn, chips, or pretzels.

Xylitol is an artificial sweetener found in many human foods, such as sugar-free gum and candy. In dogs, this can cause a rapid drop in blood sugar, leading to weakness and even seizures. Some dogs have experienced liver failure as well.

The amount of xylitol in just 5 pieces of sugar-free gum has the potential to kill a 65-pound dog.

Baked or boiled potatoes are usually okay for your dogs to eat. But raw potatoes contain solanine as well.

Exposure to tobacco can cause severe symptoms, including:

Frequent exposure to tobacco can cause blue gums and coma and can become fatal.

Raw dough can expand in a dog’s stomach, causing severe pain and potentially life-threatening rupture of the stomach.

Yeast and sugar in the raw dough can ferment, leading to alcohol toxicity.

Never ever feed your dog raw meat from unknown sources. The possible salmonella or E.coli is not just toxic for humans; it is also toxic for dogs.

Raw bones may be a choking hazard.

Although there is many human foods dog cannot eat, there are foods they can.

Here is some human food a dog can eat:

Even though the apple core and seeds of the apple are toxic to dogs, the fleshy part is safe. Cut the apple into small bites to ensure they don’t get any harmful bits of the apple.

Oranges and bananas are safe in moderation.

Blueberries are tasty treats your dog will love.

These options are especially good for overweight dogs, as they are low in calories.

Carrot pieces have the crunch that many dogs love, celery bites also have a crunch and can help with bad breath, and cucumber slices contain lots of vitamins and minerals with very few carbohydrates and fats.

A little bit of cheese now and then is okay for your dog as long as they are not lactose intolerant. Some cheeses can be very high in fat which can be dangerous for a dog. Get cheese with low fat, like a little bit of mozzarella, or if you are unsure, ask your vet.

Fully cooked whole eggs can be a tasty treat for your dog.

A scrambled egg can soothe an upset stomach.

Peanuts and cashews are safe for dogs in small amounts. Make sure they are unseasoned, not salty or flavored.

Peanut butter is good; high in protein for your dog, but only in moderation. Buy unsalted peanut butter, and make sure you don’t buy sugar-free.

In small amounts, coconut is okay for your dog, including coconut oil and coconut milk. It has lauric acid and may also help with allergies. Use it with caution, as some dogs may experience upset stomachs from it. Do not let your dog eat the furry shell, as it could be a choking hazard.

Honey has lots of vitamins and minerals, so it is good for your dog in moderation.

Fully cooked plain shrimp is good for your dog.

Fish is permissible, especially salmon and sardines. Make sure the fish is plain and boneless.

The plain canned tune is safe in moderation. Look for it packed in water, not oil.

Once you remove the skin, bones, and fat, turkey is safe for your dog. It is a delicious treat and a great source of protein.

A little bit of wheat and grains is okay. Quinoa is a little healthier than any other filler. Keep an eye out for allergic reactions.

They are safe, healthy, and tasty. Look for raw or cooked plain beans with no added seasoning or spices.

What to do if your dog eats harmful foods?

If your dog eats any toxic food, take them straight to the vet to be seen.

Some signs that your dog has eaten harmful foods are:

The question is whether to induce vomiting or not, and this varies widely on the type of toxin ingested. Some situations may get worse if you induce vomiting. You are best to speak to your veterinarian if you are thinking about inducing vomiting.

Timing is essential; always keep an eye on your dog for any of these signs. Treatments are usually more successful, and hospitalization is typically shorter if a dog gets help fast.

If you have good pet insurance, you will want your veterinarian to send them all the records about your treatment later.

How long does it take for a dog to react?

Some toxins show straight away, while others may cause symptoms several hours or days later. But typically, it is between 12-24 hours after ingestion of the toxic food. In severe cases, food poisoning in dogs can lead to death.

Household items and human foods can both be dangerous to our dogs. It can be tough to keep track of what your dog is eating, so it is always good to know what is toxic and what is okay for them to eat. Keep an eye on what your dog eats and how they feel after eating. 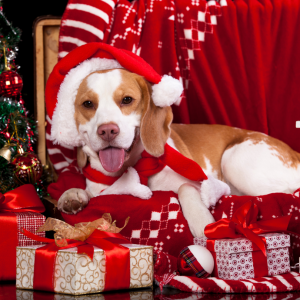 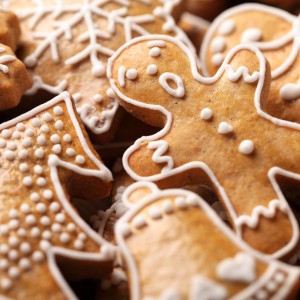 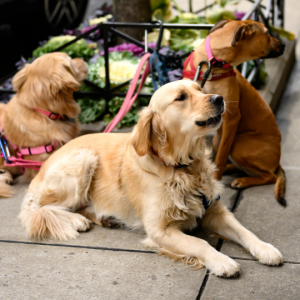 ­­Why does my dog bark so much? 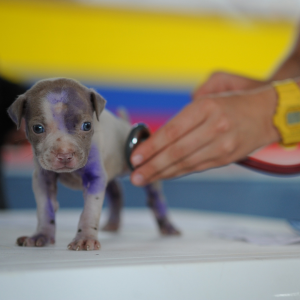 What is Fading Puppy Syndrome?